This month’s blog is a throwback to a project I completed in 2017, converting a derelict 3 bed end-terrace into a smart 4 bed multi-let, or "mini-mo". This project pushed me far out of my comfort zone and gave me a steep learning curve in a number of areas. Looking back now, it is one of my most successful projects to date, but at the time it was certainly one of the most stressful. No pain, no gain. This project taught me so much that despite the sleepless nights and raised blood pressure, it was 100% worth it! I now absolutely love this house as it provides me with a good, consistent monthly cashflow and is always in demand from tenants, but getting there was far from straight forward…

Once I had found my HMO area (blog coming soon on how to do this!), my property searching began in earnest. I was looking for something needing work which would leave me scope to add value, but which was also big enough to allow me to convert a reception room into a 4th bedroom and create my multi-let. After surprisingly few viewings, I stumbled across a property on the market for £150,000 which had been empty for 18 years and had recently had a sale fall through as the couple who had put the offer in couldn’t get a mortgage due to the condition of the house. After sitting empty for that long, the bathroom wasn’t functioning, the kitchen was barely recognisable and the roof was only a slight bit more use than a sieve. Just the kind of project I like!

I did my numbers and came out £15k over the asking price. I was so excited I could barely contain myself as I called the agent and triumphantly let them know I could offer at the asking price. They said no. Unfortunately, the vendor had been misled by the previous sale which had been agreed £40k above the asking price, so after some tense negotiation, we agreed at my maximum offer, £165,000.

I’d been through a few house purchases by this point, but only one of those had been purchased with a mortgage. I naively thought that I had a few weeks before I needed to get in touch with my mortgage broker and when I finally did, we discussed the state of the house and whether it might be mortgageable. It absolutely was not, but for some reason I agreed with the mortgage broker to give it a try applying to purchase with an HMO mortgage.

Two things really stand out to me now; Firstly, the house had already been turned down by a previous mortgage provider in the sale that fell through, so I have no idea why me or my broker thought it would be different this time around; Secondly, the house wasn’t an HMO yet, it was a regular (very run-down) 3 bed terrace, meaning an HMO mortgage would never have been suitable in the first place. This application was a costly mistake in terms of time. By the time the application had been accepted, a decision in principle granted, the surveyor visited the property and deemed it uninhabitable, nearly 3 months had passed from when the sale was agreed. The vendor was understandably starting to get a bit twitchy.

Thankfully, I had at least had the foresight to discuss bridging finance options with my broker. I quickly put in an application for a bridge whilst trying to reassure the estate agent that we were still going ahead with the purchase and would be ready to exchange in a matter of weeks. I thought I had managed to save the day, when I saw a notification pop up for a new house for sale in my area…the exact house I was buying! The vendor was getting cold feet with the amount of time we were taking and actually put the property back on the market in the hope he might be able to get a higher offer. I got on the phone immediately and grovelled to the estate agent and promised to exchange within a couple of weeks. It was now full steam ahead and we had very little time to shop around. The bridge was expensive, but not outrageously so for bridging finance. Finally, we did get the bridge in place in time and were able to exchange as promised. Phew!

Whilst I had let myself down slightly with the speed of the finance, I made up for it in other areas. I had never done an HMO before and I didn’t want to get caught out by anything, so I got in touch with the Environmental Health Officer at the council as soon as I had the sale agreed. They sent me a whole booklet of information on regulations in that area and even offered to visit the property once the sale had completed to confirm exactly what works were required to get it to standard. I was taken aback by how friendly and helpful they were.

On top of her general friendly nature, the lady I was dealing with also questioned how long the house had been empty for. She checked with her colleague and came back to me informing me that there was an Empty Homes Grant of up to £20k available on the property to help with the works of getting it back into a liveable condition. This was a revelation. I now had a buffer to cover the extra costs of the bridging finance and a bit of space if I needed to go over budget on the refurbishment.

This house needed everything. Double glazing, internal and external doors, re-roofing, re-wiring, new kitchen, new relocated bathroom, damp proofing, re-plumbing, pointing, erecting and dismantling stud walls…the lot. It felt like the only thing which was totally sound about the house was the foundations! All that on top of the additional HMO guidelines of fire doors, emergency lighting and linked smoke alarms. Technically, I could have got away without the extra high standards for HMOs, as only houses of 5 or more tenants needed a licence, but why wouldn’t I bring the property up to standard all in one go whilst also ensuring my tenants would be safer?!

I’d done my figures for the works and come up with around £35k. Looking back now, that sounds incredibly low for a large terrace property in the South East which needed entirely stripping back and starting again. It was incredibly low. I’d just never done such a large property before or employed labourers down South! As soon as the quotes came in from sending the builders round with the Homebuyer's survey, I realised my mistake. The first quote I had was double my budget and the second was a slightly more palatable £45k. I still really wanted to go ahead with the project, so I re-calculated my figures, taking into account the Empty Homes Grant and decided the return was still high enough to carry on with the purchase.

I awarded the build project to the builder with the lowest quote who happened to be an old school friend of mine. Seeing as we got on well and I knew him from before, I decided to forego a full JCT (Joint contracts tribunal) contract. What an error.

The project started well as the builder and his team raced through gutting the house and re-configuring the walls to move the bathroom and create an extra bedroom and toilet downstairs. The progress was very exciting to watch as the house began to transform from a leaky, cobwebby, smelly shell into somewhere I would actually want to live. At about 6 weeks in, the problems started. Progress really started to slow and every time I asked to meet the builder at the property, he didn’t show up and either wouldn’t answer the phone or made an excuse about kids/his car/his wife…anything. Eventually after a couple of weeks of trying, I managed to have a frank conversation with him about the lack of progress. He admitted he had crashed his van and had his licence taken off him. A builder without a van; not exactly the most efficient! His Dad was actually waiting outside giving him a lift!

At this stage there wasn’t much I could do as we were so far into the project, and he was adamant he would get it all done in the next 4 weeks as originally agreed. My only real option was to keep tabs on him constantly and show up at the house as often as I could. I quickly found that he was barely ever at the property when he said he would be. One weekend, he had told me he would be working at the house, but photos of him on a stag do abroad popped up on my Facebook! I had yet another frank conversation with him about this and explained that I was really starting to lose money now as the property wasn’t ready to let out on time. We agreed that if it wasn’t finished in a further 3 weeks then I would have to withhold the final stage payment. I felt like I had got somewhere and he seemed to be turning up at the house more to get jobs done. Then he messaged to say he had sawed through his hand! He even sent me a gruesome picture to prove that this time it wasn’t a lie!

Finally, I had to call in other labourers who were recommended through the letting agent we were going to use to finish some parts of the refurb and the whole project ended up taking 6 months when the original estimate was 2 to 3 months. We even had to extend the bridge by a couple of months because the property wasn’t quite ready for a re-mortgage valuation at the 6-month point. I lost quite a bit of money and a lot of sleep trying to keep on top of the project, but I learnt my lesson – ALWAYS get a JCT contract in place with your builder, especially if you’ve never worked with them before!

The day the final tenant moved into the last room, I felt like a huge burden had been lifted. The wait was finally over and I owned my first fully-functioning, cash-flowing multi-let. The timing of the project had also been incredibly lucky as the value had gone up far more than I anticipated in the 12 months from finding the house to re-financing. I had based my figures on a valuation around £230,000 but there were now comparables at more like around £300,000! The whole journey proved to me how important it was to be proactive about sorting finances and managing contractors, but it also showed me how hard work does pay off in the end in property. 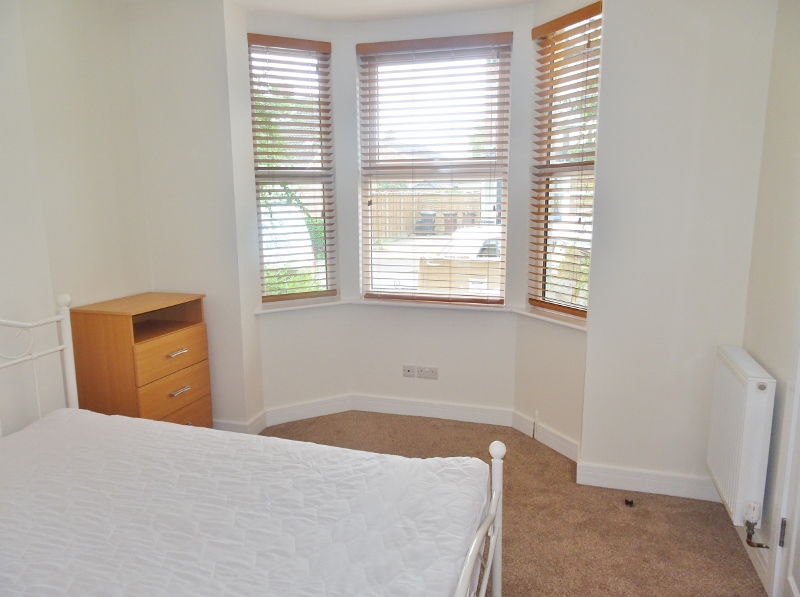 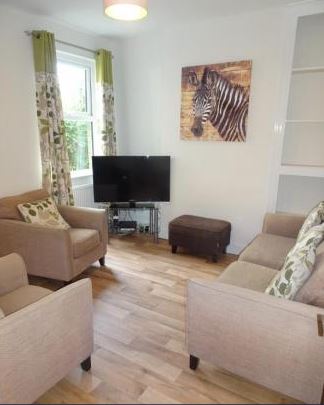 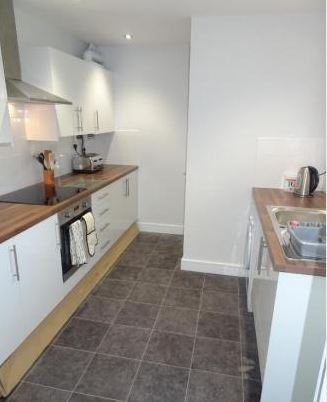 Based on the highlights and the numerous pitfalls I fell in during this project, here is a summary of what I learnt so that you don’t need to make the same mistakes!

The Secret behind Managing Property from Afar

The Advice that Built My Business